With all the technology and medicine at play, it’s easy to imagine dentistry as an exclusively modern practice. However, dentistry, as a profession dates back as far as 2600 BC to the ancient Egyptians. Dentistry, human society, and the very world we stand upon has changed vastly since those times, but it’s important to take time and reflect on just how far we’ve come. To that end, Leikin & Baylin Dental Care of Catonsville is here with a small history lesson on a few of the important moments from dental history. 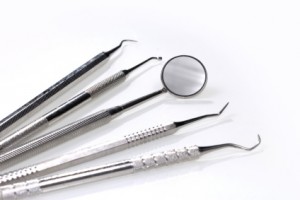 Where do Toothbrushes and Toothpaste come from?

Early toothbrushes were small sticks that were mashed flat at one end, to function as a broad cleaning surface. The Chinese lay claim to the invention of the first bristle brushes, which were made by attaching hog hairs to small bamboo shafts. Bristle brushes were adopted by Europe during the 17th century and dentists in early America encouraged their spread throughout the colonies.

Toothpaste also dates back much farther than you might expect. Dental history books describe early toothpastes as being composed of powdered fruit, crushed shells, dried flowers and talc. They also may have been made using mice, rabbit heads, lizard livers and urine. Not exactly the minty fresh flavor we’re all used to. Toothpaste, the kind that we might recognize as familiar, came into use during the 1800s, and was composed primarily of soap and chalk.

Prior to 1830, there was little way of managing the pain associated with sensitive dental procedures. And boy, could they have used it. Early tooth extraction was done with a mallet and chisel, and while more precise, the ancient Greek’s revolutionary use of forceps did little to improve the pain. It was during the 1790s that a British chemist named Humphry Davy began a series of experiments with Nitrous Oxide, a compound he referred to as “laughing gas” because of its peculiar and signature side effect. Over the next half-century the gas became a very popular anesthetic and was, in 1863, combined with oxygen to become a surgical staple.

Shortly after the advent of nitrous oxide use, local anesthetics began to make their way into the pages of dental history. Prior to the 1900s Cocaine was commonly used, but was abandoned after the discovery of its highly addictive nature. In the search for a replacement many chemists attempted to synthesize artificial versions of the drug unsuccessfully. It wasn’t until the discovery of a chemical called procaine, by German chemist Alfred Einhorn in 1905, which he gave the trade name Novocain, that a suitable replacement was found.

Find a Catonsville Dentist Who Knows All the Facts

It’s important for every dental professional to not only know about their profession’s future, but also its past. At Leikin & Baylin Dental Care of Catonsville, we care deeply about both, and even more about our patients. If you’re looking for a dentist who knows their stuff, and upholds only the highest standards of care, contact Leikin & Baylin Dental Care of Catonsville, Maryland by calling 410-747-1115 or visiting CatonsvilleDentalCare.com.

Disclaimer: The writer of this article is not a medical professional. Information contained herein has been collected from sources believed to be reliable, and every precaution has been taken to ensure its accuracy. The information provided here is for general informational purposes only, and should not be used as a substitute for professional medical care.

Categories: Blog and Catonsville Family Dentist | Tags: catonsville, dental history, and Dentistry
This entry was posted on Thursday, September 25th, 2014 at 2:21 pm. Both comments and pings are currently closed.